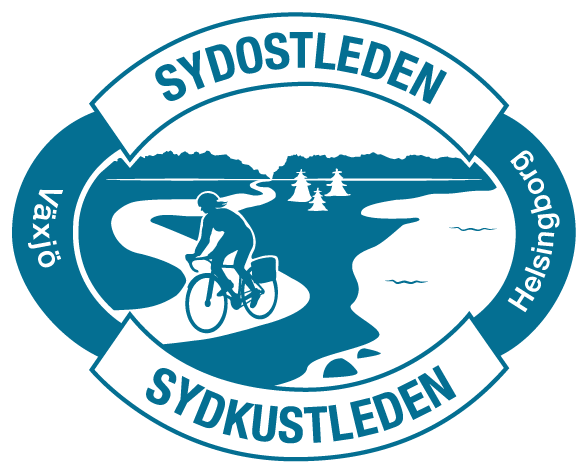 Most of Sydkustleden consists of paved road, but about 7% of the trail is on gravel. The majority (66%) of the trail has a dedicated bicycle lane that is separated from automobile traffic, a fact that keeps you safer, especially when you’re bike with children, for example.

Our map tool shows you which parts of each section are gravel roads, which parts are paved, as well as where the road is free from automobiles and where Sydkustleden runs along a road and has mixed traffic. You can also see what places along the route are most worth a visit.

This page shows you only road surface and traffic separation for the entire Sydkustleden, in a specially-designed map.

Cykla i Skåne (Biking in Skåne) shows you nearby bike paths that lead to various interesting detours you can follow from Sydkustleden.

You can see in the map guide or in the planning tool, which stretches are paved. You do not need any special type of trail or mountain bike when you cycle the Sydostleden Trail. But it should be able to take gravel surfaces, and a few gears to get to the tops of hills will ease your way. Cycling carrier bags to pack gear and a picnic lunch or water are handy, and of course a good bicycle helmet is strongly recommended.

Sydostleden Trail is a relatively flat and easy trail for cycling. But everything is relative, and if we compare Sweden with, say, the Netherlands, then the trail can be characterised as hilly with some elevation differences up to 50 or 75 metres, especially in the southern parts.

Sydostleden Trail’s highest point, with an elevation of a little more than 200 metres above sea level, is at the water tower, sometimes called Ekotemplet, in south Växjo. From here the elevation decreases slowly but surely. The difference in elevation per kilometre, from 200 metres at the peak to around 100 metres, is very small. So when you cycle the stretch between the small city of Karlshamn and the ocean, the difference is virtually unnoticeable. And this is true regardless of whether you choose to cycle the trail from north to south, or vice versa.

The stretch from Karlshamn, via Sölvesborg, Kristianstad, and Åhus, and then south to Juleboda Beach is almost at sea level and there are no significant elevation differences along the way. In Kristianstad, Sydostleden Trail takes you through Sweden’s lowest point, 2.41 metres below sea level.

Between Juleboda beach and Maglehem, there is an elevation difference of around 40 metres, and this can be challenging if cycling north to south.

Between Vitaby and Kivik, the elevation peaks at around 120 metres above sea level, which means that if you are cycling from Kivik close to the sea and toward Vitaby, getting to the top can be a bit tough.

South of Kivik, you pedal across a plateau, where the elevation is around 90 metres above sea level. This means you have an uphill challenge and downward sailing from both north and south directions of the trail since the start/end point of the trail is at Simrishamn, near sea level.

Read more about this on the website of Trafikverket (Swedish Transport Administration).

The construction of this bicycle path is expected to be completed in 2020, and will enable Sydkustleden to follow a route close to the share. You can read more about new bicycle paths in Skåne here.

Your experience on this site will be improved by allowing cookies.